Just added to your cart

What a week it's been for American fashion!

On the cover of the January 15, 2021 issue of WWD this headline grabbed my attention:

"In Run-up to Inaugural, Does Fashion Really Matter?" I had to admit I was asking myself the same question - with all of the inauguration high security and threats of violence and the coronavirus and the economic crisis and working from home - does fashion really matter right now?

The article by Rosemary Feitelberg reports of the usual secrecy surrounding which American designers would get the distinction of dressing the incoming First Lady and the new Vice President. Early on, representatives of Dr. Biden and Ms Harris made it clear they were 'not interested in conveying a fashion message.'

Some designers and their teams suggested that now is not the time for fashion, while some noted the struggling fashion industry and the need for support. Designer Gabriela Hearst said,

"To say that to this industry that employs so many people is a bit careless and dismissive. Yes, luxury can be hedonistic or a sensation. But as long as our species has had consciousness, we have been dressing ourselves and communicating through the way we dress"

She continues by stating that frivolous, hedonistic luxury goods may be over, but regarding things that are well made by factories and hands that need the work, some people are being too quick to judge. We have to remember that fashion is a business, and business means jobs and an exchange of money that helps the economy flow.

The dignity combined with joy was an absolute delight.

Wednesday and the days leading up to it were filled with beautiful, clear colors.

If that's not a fashion statement, I don't know what is. The symbolism of the spectrum of the rainbow as well as the monochromatic individual ensembles was a clear message of solidarity, unity, diversity, inclusivity, and downright optimistic joy.

Some of my favorite highlights:

Jill Biden in purple Jonathan Cohen coat as she leaves Delaware for D.C.

Purple is often thought of as a color of political unity, being a combination of red and blue, and can also serve as a nod to the suffragette flag. I was fixated on this headband the whole time, only eclipsed by the poetry itself. And I was enamored with her gestures and the amazing performance of bringing the words to life! 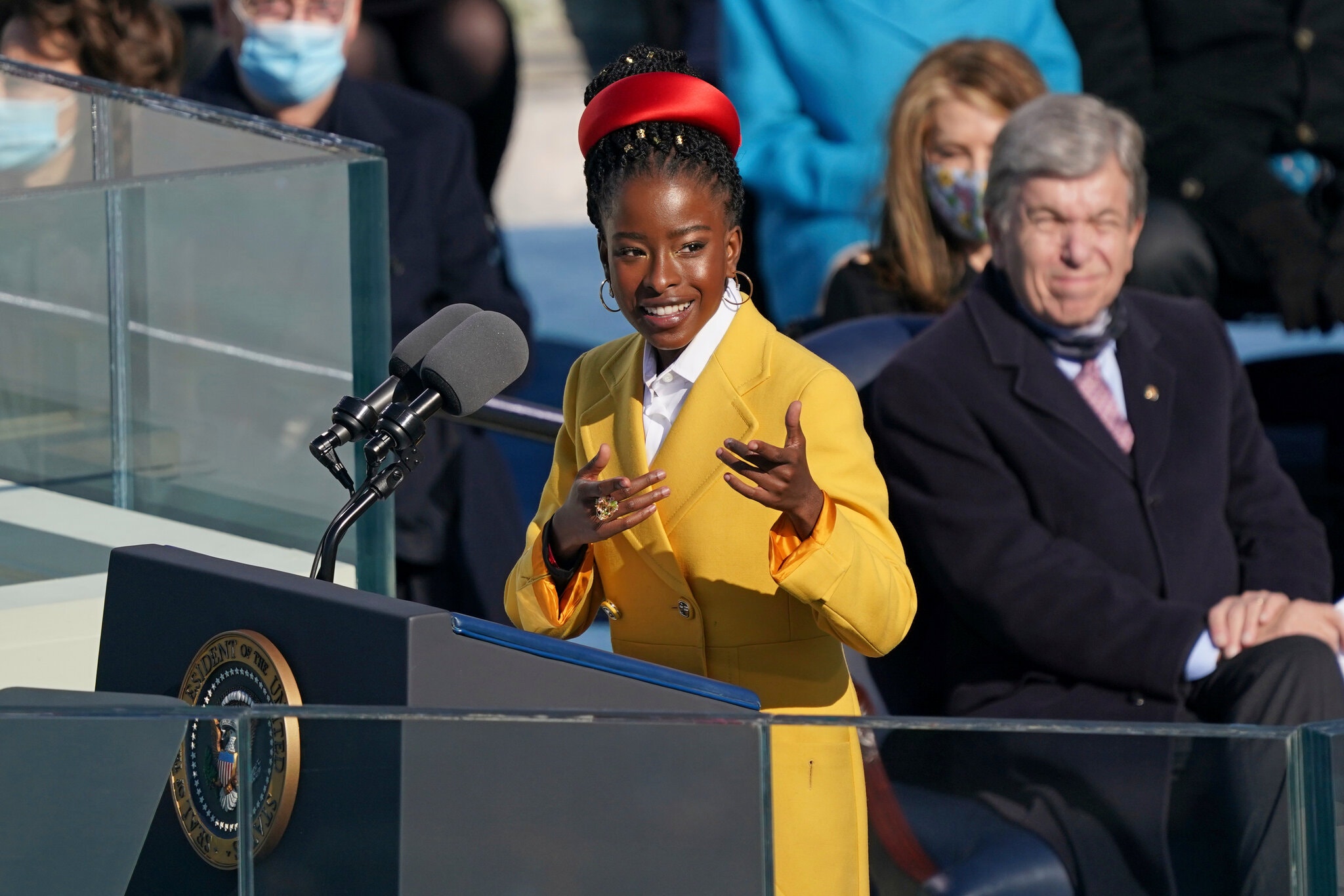 Can we just take a moment for this bird?

Lady Gaga in a custom Schiaparelli haute couture gown with the oversized brooch being an olive branch toting dove. Designed by Gabriela Hearst, it featured embroidered flowers reflecting all of the state flowers of the United States and territories and the District of Columbia. Plus, it has a sustainability slant! Read about it here. I mean...heart-eyes forever on that, amiright?!

So, YES! Fashion matters! It matters very much because it is seen and it has meaning! And even though it may sound corny, fashion has the power to bring some gladness into your heart.